In partnership with ThinkTV, the non-profit organization has launched a province-wide campaign to educate residents on the risks associated with Ontario online casinos and sports betting.

The move comes when growing displeasure amongst provincial lottery corporations – and even some Ontarians – has surfaced regarding the onslaught of gambling ads in the country.

RGC: Campaign more important than ever

To that end, RGC CEO Shelley White said – via statement – the campaign is vital.

“With the rise of online gambling and sports betting advertising in Ontario – and across Canada – we recognized there was a need to help the public understand the sensationalized ads we’re seeing on TV don’t necessarily reflect reality.

It is important for everyone to learn and understand the risks involved when gambling in the online space and how to minimize those risks when playing online. This campaign is more important than ever as new operators continue to enter the market.” 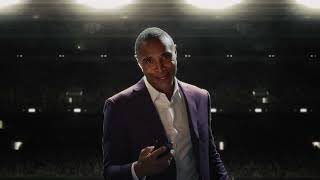 RGC’s PSA will launch on Canadian broadcast networks in the coming weeks. Television and radio are the priorities. Ideally, the organization wants the initiative to expand to the rest of Canada.

With its clever twist, it seems possible.

Punters have probably seen it by now: flashy neon lights, a charismatic spokesperson, upbeat music and lots of smiles.

However, in this campaign, the protagonist’s gaudy elements suddenly disappear.

In the end, the actor reminds bettors of the risks associated with online gambling before encouraging a visit to KnowTheRisks.ca.

To get the message out to the masses, RGC has partnered with ThinkTV.

The company refers to itself as a “marketing and research association dedicated to the advancement of commercial television.”

Perhaps even more critical for RGC’s purposes, think has the support of a conglomerate of media companies. Combined, they represent more than 95% of commercial television advertising in Canada.

“There is an opportunity for us all to work together to ensure Ontarians receive a balanced message when it comes to online gambling and sports betting.

The broadcast community plays an important role in shaping the gambling advertising landscape, and we are proud to be leading the charge in a responsible way to meet the needs and the public.”

Instead, they are simply attempting to highlight the risks associated. Generally, multi-million-dollar ad campaigns fail to do the same. RGC’s Knowtherisks does, however.

For instance, the website encourages gamblers to have a plan both before and during gameplay.

According to RGC, good practices during gameplay looks like this:

Much of that stems from Ontario’s competitive gaming market opening following the legalization of single-event betting. Since then, the province has welcomed over 25 operators.

With the new market came ad campaigns – and lots of them – served to Canadians across the country. However, bets remain illegal unless punters are in Ontario. Gamblers can only wager on provincially-run sites in the rest of the country.

The messaging has been confusing, clumsy and harmful in many ways.

Consequently, five provincial lotteries came together in late August to address the matter.

RGC’s PSA campaign is another step in this direction. Hopefully, as the Ontario market gains footing, such miscommunications will become a thing of the past.