A filly poised to out-run the boys is just one of a number of compelling storylines for the 163rd running of the Queen’s Plate on Sunday at Woodbine Racetrack in Toronto.

Moira, the winner of the Woodbine Oaks in her last start on July 27, has been tabbed as the 5-2 morning line favourite in the $1 million race that drew a field of 11 sophomore runners.

“Typically, when you win the Oaks, depending on how impressive they are doing it, you always have to think of the Queen’s Plate,” said Moira’s trainer, Kevin Attard, who is looking for his first Plate triumph. “It something we have always had in the back of our minds, and we geared her campaign so the Plate would be her third race of the season and she’d be fresh.”

Should Moira win, she would continue a particularly strong period of girl power in the Plate. A victory would make her the fifth filly in 12 years to win North America’s oldest horse race (the Plate was first run in 1860, seven years before the start of the Belmont Stakes and 15 years before the inaugural Kentucky Derby).

Other great Queen’s Plate storylines include:

Where can Ontario sports betting fans place a bet?

You can bet on the Queen’s Plate at Woodbine Racetrack, most racetracks nationwide or anywhere in Canada via Woodbine’s betting platform HorsePlayer Interactive betting platform. The platform is currently offering 3x the reward points for customers that bet $100 or more on Sunday’s Woodbine card.

Bet on the race in the US through a variety of platforms, including TVG.

Sunday’s card also features a trio of standout stakes action: the Grade 2 $200,000 Canadian Stakes Presented by the Japan Racing Association (second jewel in the Ladies of the Lawn Series), the Grade 2 $200,000 King Edward Stakes, and the $125,000 Sweet Briar Too Stakes.

Last year, the Plate card’s total handle of more than $16 million was second most in the event’s long history. In 2019, the Queen’s Plate card topped $18 million in total handle.

The Queen’s Plate was started by the Toronto Turf Club in 1860 to try to improve horse racing in Canada.Queen Victoria allotted the prize, a plate worth 50 guineas — thus, giving the race its name. Eight Canadian-bred horses were entered that June day, and by the end of the three heats Don Juan took home the victory.

Why you should go – hats, entertainment and more

The Queen’s Plate is full of the kind of history and pageantry one might expect from Canada’s greatest and oldest thoroughbred horse race.

What should you wear if you go? Think something snazzy and stylish and don’t forget your hat. For many who go, this is a dressy affair. In 2018, Woodbine produced the following style guide to give you an idea of the proper Queen’s Plate fashion: 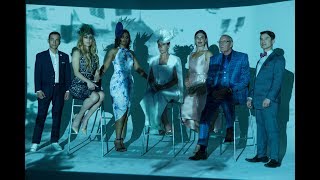 Woodbine will also play host to a special concert by Canadian country music duo The Reklaws. The group has been dubbed this year’s Queen’s Plate celebrity ambassadors. The Reklaws will hit the stage at Woodbine at 4 p.m. for a special performance, which will also be broadcast live on CTV and TSN. The duo will also perform the ceremonial ‘Riders Up’ call just prior to The Queen’s Plate race.

In 2020, The Reklaws teamed with Woodbine to film the music video for their single “Where I’m From”, which helped raise funds for racehorse aftercare programs.